Have an awesome, friendly kid? Then they’ll want to check out this book! Learn more in this post, sponsored by Abrams Books! 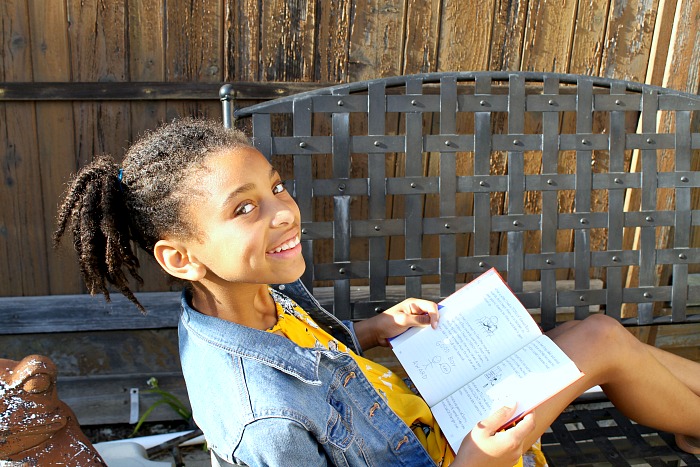 I really hit the jackpot when my Ayva came into my life. At 10 years old, she is such a great friend to so many people already. Caring and truly grateful for the people in her life, she makes it a point to be friendly to everyone she meets. Ayva is outgoing, always has a smile, and loves to make people laugh. She is so not like me!

The best part of my awesome, friendly girl, though? She always reminds me that I don’t have to be like her to be a good friend! Being friendly is really about listening, making people feel comfortable, and including folks. Yup, my girl is a sweetheart, and I’m better for having her as my daughter.

It’s no surprise that as friend-focused as Ayva is that she absolutely loves the Wimpy Kid series by Jeff Kinney. The kids in the stories are quirky and have unique personalities, but at the end of the day, they all look out for each other. In the new spin-off of the series, (affiliate link) Diary of an Awesome Friendly Kid: Rowley Jefferson’s Journal, we get to hear from Rowley Jefferson, the upbeat sidekick of the series’ star, Greg Heffley.

The book is hilarious. There were several points throughout that Ayva laughed and read or pointed out drawings from the book to me. While Ayva was at school, I read the book myself and I gotta say, Rowley might just be my fave, even over Greg. He’s just so earnest and optimistic, and the perfect straight man to Greg Heffley’s, let’s just say, confident star. 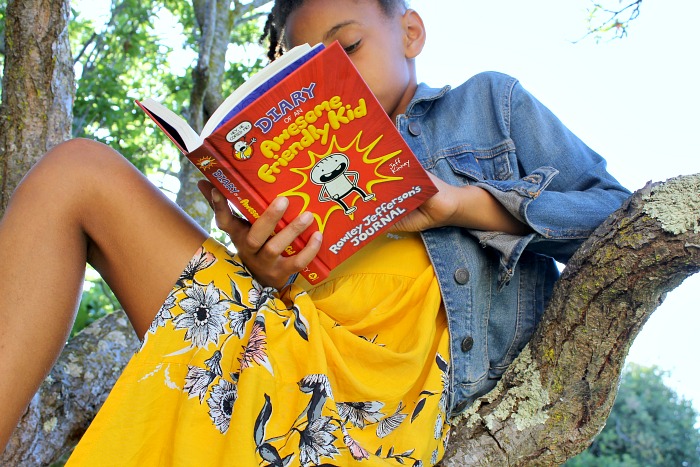 So, if you know the Wimpy Kid books, you’re familiar with Greg and the fact that he has no doubt that he’s going to be rich and famous one day. Obviously. Well, Greg has asked Rowley to write his autobiography, and that probably wasn’t the best idea on account of maybe Rowley doesn’t think Greg is as prolific as he believes himself to be! The result for us is a super funny, wry journal that makes kids feel like they’re in on a joke.

Ayva reminds me of Rowley because she likes people for who they are. No need to put on any airs or pretend to be someone you’re not to impress her. But if you do, she’ll stick by you regardless. Because that’s just the type of friend that she is! 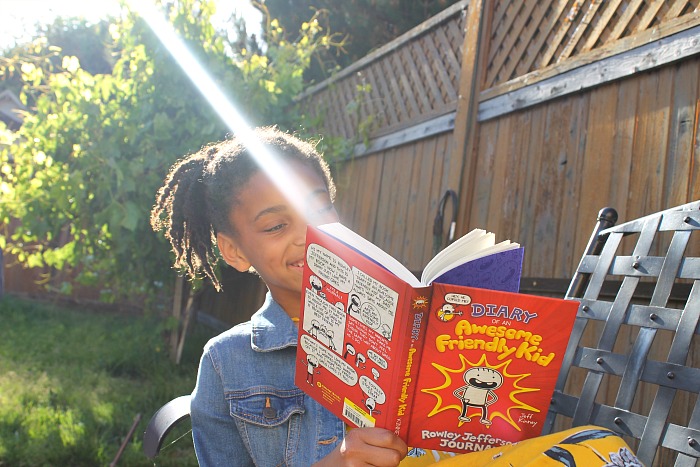 More about Diary of an Awesome Friendly Kid

Diary of an Awesome Friendly Kid: Rowley Jefferson’s Journal by Jeff Kinney is a new release, only out since April 9, 2019. The book is recommended for kids ages 8 – 12 (although I can tell you that parents will get a kick out of it, too).

Oh, and don’t worry! Greg Heffley will be back soon! We’ll see him return in Diary of a Wimpy Kid #14 which will be out later this year! 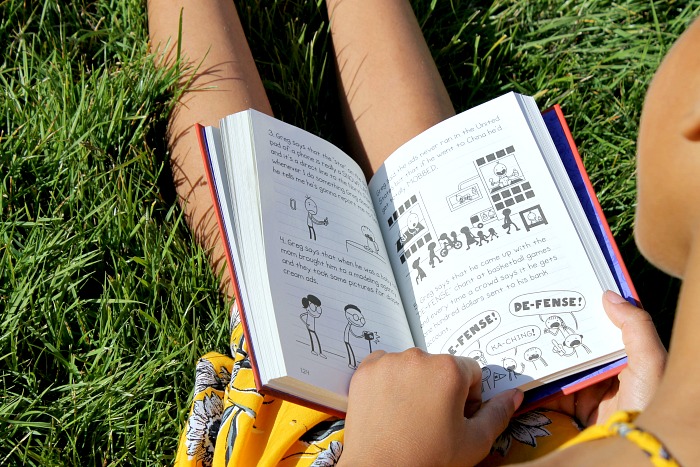