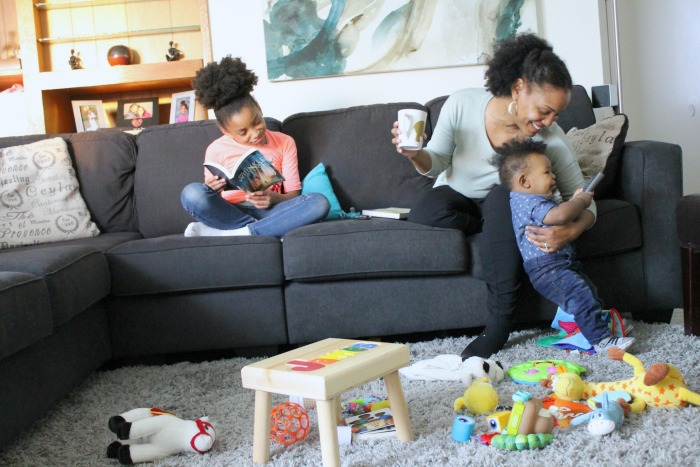 I was a mom of one child for nearly 8 years before my son was born. My daughter was the most chill baby, a pretty easygoing toddler, and has been a low maintenance kid so far. Any issues or challenges that she had, I was able to delve right into immediately. I could devote all of my energy, all of my resources, and all of my time to raising her and helping her to get what she needs.

I didn’t realize how spoiled I was.

Parenting, no matter how many children you have, is going to be a challenge. It’s hard work to raise a tiny human into a big human. By the time your kid leaves your house for college, the expectation is that the parents have poured enough into them that they won’t go into the world and act a fool.

As I’ve discovered about myself, nearly a year into having two children, is that I was a lot more confident in my ability to raise non-fools when I had only one kid.

This second one is stretching me, y’all.

I don’t know how other moms do it

I don’t know how other moms do it. Those of you with more than one kid, some of you with more than two, or three, or FOUR, how do you do it? I used to take for granted how much I was able to do when I only had my daughter. I never considered that having more than one child meant that you had to divide your time and energy. It didn’t occur to me that when you have so many other people to take care of that sometimes your best is just done.

Looking back, there are plenty of times that I’ve judged other moms.

Why aren’t her kids dressed? Why is she always canceling plans? How come she lets her children act like that?

Her kids aren’t dressed because it wasn’t a battle she was willing to devote energy into fighting.

She cancels plans because when she finally gets a moment to herself, sometimes she just wants to stay home, in her bed by herself, watching television and eating a snack without having to share.

Her kids act like that because she’s already spent the rest of the day disciplining and redirecting. She’s done at this point.

My apology to moms with more than one kid

I owe y’all an apology, moms of more than one child. I thought I knew your life. We’re all moms. Surely, it couldn’t be that different for us. Now that I’m in the thick of it, this parenting two children thing, I understand how wrong I was.

Please forgive me, Mamas. Please know that I didn’t realize how hard you worked. Part of it was because I was in my own little perfect mom of one world and couldn’t see your side of things. I see you. I respect you. And I have just one question for you.

Previous Post: « Meet Paco Delgado, the designer behind the magical costumes in ‘A Wrinkle In Time’
Next Post: How to ask for financial help with your child’s education »