You are here: Home / Family / Holiday fun with the stars of Coop and Cami Ask the World
0 shares

I learn about all of the new Disney Channel shows from Ayva. She doesn’t get a lot of screen time, but she always knows what’s hot on the network! She told me about Coop and Cami Ask the World a couple of months ago, and I had to check it out. I mean, the characters are livestreamers!  I couldn’t not watch!

The holiday episode of the series airs on December 7 and then will be available on streaming and demand. In “Would You Wrather Get a Moose Angry” you’ll get more of the Wrather antics that make kids laugh out loud.

I had the chance to interview the stars of Coop and Cami Ask the World and get an inside scoop on the holiday episode. The chat with Albert Tsai (Fred), I’m Dakota Lotus (Cooper Wrather), Ruby Rose Turner (Cami Wrather), and Paxton Booth (Ollie Wrather) was lively and exactly what you’d expect from this funny cast. Here’s what they said about making the  “Would You Wrather Get a Moose Angry?”: 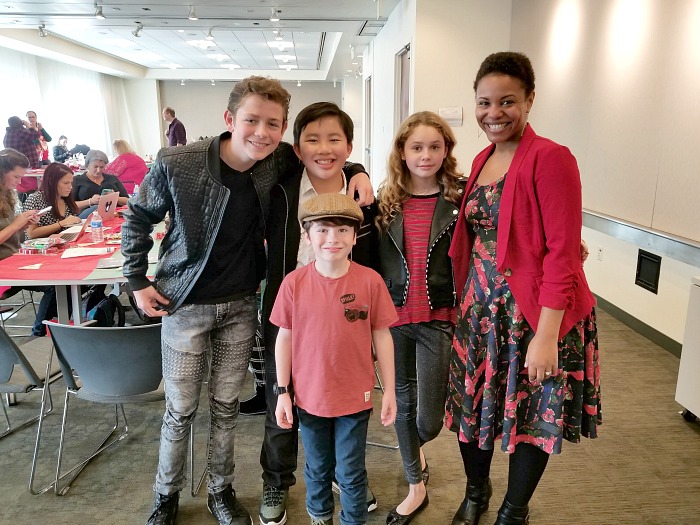 When did you film the episode?

TURNER: In the summer.

TSAI: Yeah. We shot it in the middle of July, so it was hot.

Were you in the Christmas spirit?

TSAI: I feel like when they put up all the Christmas décor and set up all the sets, we kind of got into the spirit. I definitely felt the festive mood.

TURNER: Yeah. Even though it was like five months away, we still had Christmas cheer. 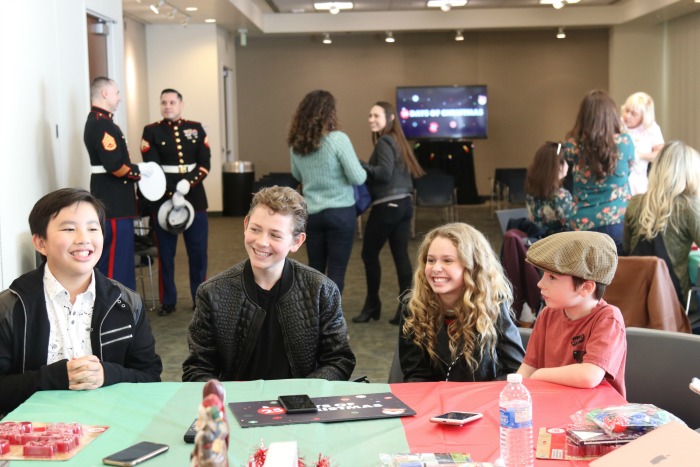 What was it like to film the gingerbread house scene?

TSAI: That scene was crazy to film because there were so many aspects to it. There was the crazy accent, and  all the makeup.

TURNER: And it isn’t one of those like scenes where you can just do 15 takes. You have to just finish it.

LOTUS: Yes. Definitely. Because you have to reset it.

TURNER: It took like 20 minutes for them to reset.

TSAI: We had to lock down the accent part of it, because everything after we pulled the tablecloth had to be perfect, because we couldn’t do that many takes of it. So we kept redoing the kind of words part of it—

TURNER: And it had to look the same every time you pull it down.

LOTUS: We did it so many times that I feel like all of us had the accent down.

TURNER: But it was so fun.

TSAI: Basically, I put on these kneepads, and then I kind of fell and pulled the tablecloth with me. Our stunt coordinator gave me a little shin guard to block all the gingerbread houses from hitting me.

What about the Christmas tree scene? How was it filming that falling on you?

TSAI: Oh, yeah. The Christmas tree had a whole pad.

LOTUS: We didn’t actually fall. That was our stunt double. But when I dropped it on him, the tree is super light. They made it really light, and he had a pad. Basically, I held it. So when I said, “Look, it’s all good,” I kind of held it, like, tilted that way, and then when I dropped it, it kind of just fell.

TSAI: And then they changed camera angles, and we just kind of found the tree on me. That whole episode was crazy to film.

LOTUS: It was also very fun.

Watch the special holiday episode of Coop and Cami Ask the World!

The holiday episode of Coop and Cami Ask the World titled “Would You Wrather Get A Moose Angry” airs on December 7 at 8:30 PM ET / PT on Disney Channel. Watch later on streaming and on demand.

In this episode, Jenna wants a classic Wrather Christmas, and the more the kids try to help, the less they actually do! A major snowstorm, a couple of uninvited guests, and a disgruntled moose disrupt their holiday plans.

Previous Post: « Christmas Lights and Holiday Baking Make for Feel Good T.V.
Next Post: Get the Guy Who Has Everything U.S. Open Tickets »