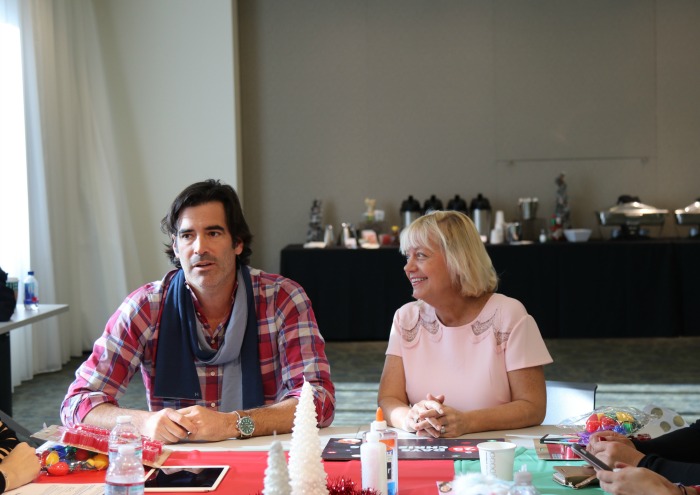 Is it just me, or do y’all just live for Christmas lights and holiday baking? I can’t get enough of it! If Christmas were year round, I would ABSOLUTELY be okay with that! Since it isn’t, I do everything I can to indulge in the season when it’s that time of year. This year, I got an extra special treat! I was able to meet and interview Sherry Yard, host of The Great American Baking Show: Holiday Edition and Carter Osterhouse, judge on The Great Christmas Light Fight. Talk about LIVE!!!

Not that I needed any convincing, but after talking to Sherry and Carter and seeing how passionate they are about bring Christmas joy to the masses, I couldn’t wait to watch their shows on repeat this month. I do have to issue a warning, though. You will definitely be inspired to upstage your neighbors with both decorations and baking this holiday season after watching The Great American Baking Show: Holiday Edition and The Great Christmas Light Fight. Don’t take my word for it, though. Here’s what Carter and Sherry had to say: 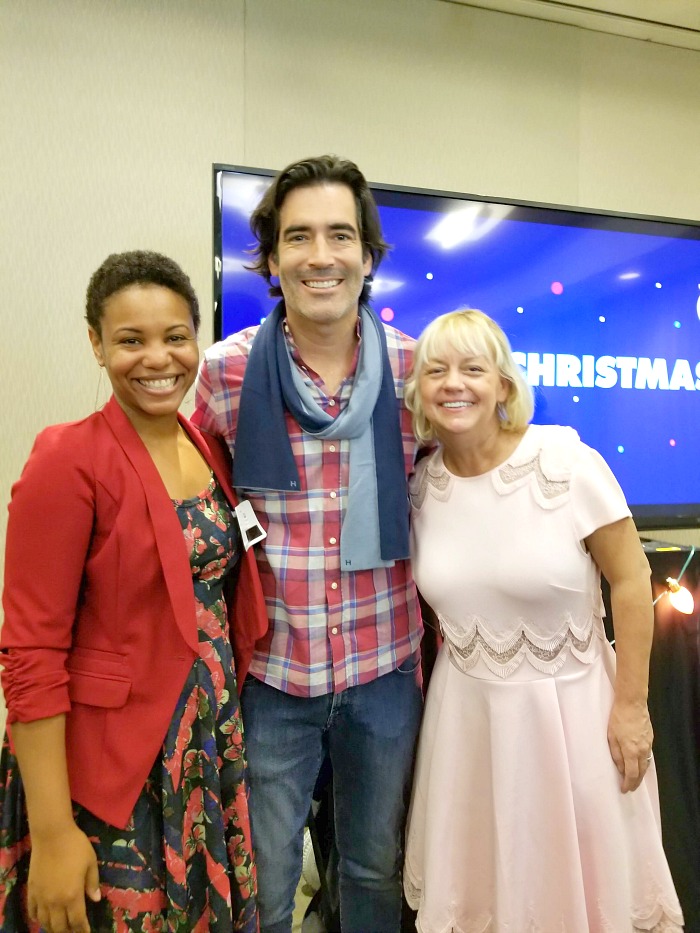 What should we expect on The Great Christmas Light Fight?

Carter:  The tech stuff has gotten so much better than it ever was before. You see people using these RGB lights that are just so technically advanced and they sync ‘em to Sia — like her whole Christmas album. I’m a big music fan, so seeing this kinda stuff, it literally looks like you’re looking at computer screens when you see this stuff.

It’s just shocking because your mind just is like what am I looking at right now? You always think that you’re gonna see stuff that’s similar, that’s the same as you saw the city before. I’m going to Toronto tonight to shoot another episode. I guarantee that will be brand new — something that I’ve never seen before, but that’s what makes the show so great.

This show surprises me every time. Every time I go on it, I see something new and different and creative and unique, and that’s the best part about it. The spirit of Christmas is there, so it’s kinda hard not to really, really get into it. 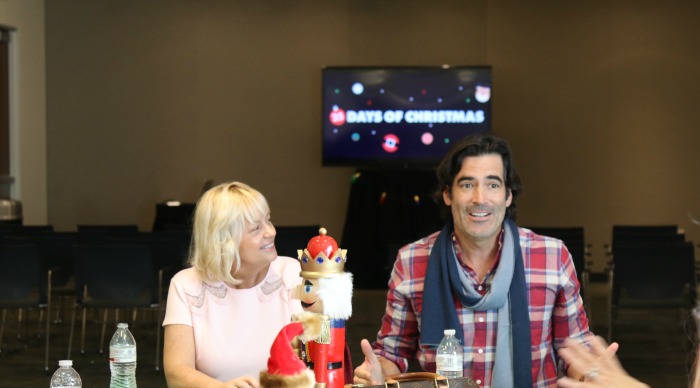 Do you find that any particular region does better on The Great American Baking Show: Holiday Edition than others?

Sherry:  I found personalities from different regions as it came out with the food. So, whether it was with spice, we had some folks from California that had some exotic ingredients. And then we had more Midwesterners who stuck to some more traditional things. Regional baking is interesting to see, but you can’t compare. It’s like apples to oranges, because they’re equally delicious.

Tell us about  The Great American Baking Show: Holiday Edition!

Sherry: We have a signature challenge, which is just such a genius challenge. We give the contestants something that we think they should know at their level, and we increase the difficulty throughout the show. The beauty of it is is that they don’t really get every detail of the recipe. What happens is they have to use their own instincts in baking to be able to create this dish. It’s fun because it’s something that I love and a recipe that (co-host) Paul or I cherish. 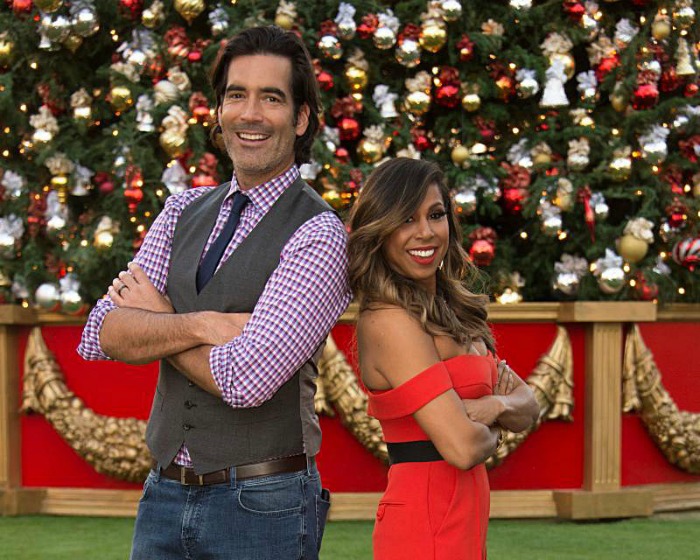 More about The Great Christmas Light Fight from the studio:

The Great Christmas Light Fight ignites Season 6 with two new episodes, MONDAY, NOV. 26 (8:00-10:00 p.m. EST), on The ABC Television Network, streaming and on demand. Produced by Fremantle, the immensely popular series features returning celebrity judges Carter Oosterhouse and Taniya Nayak. Watch as the judges decide who will walk away with $50,000 and the coveted Light Fight trophy on ABC’s “The Great Christmas Light Fight.

More about The Great American Baking Show: Holiday Edition from the studio: 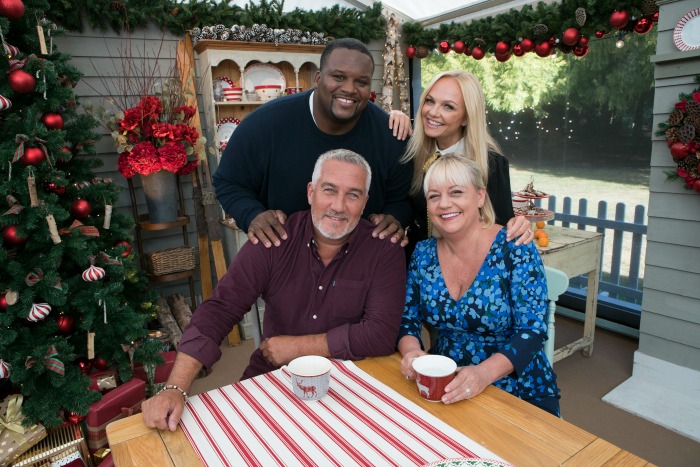 Back for a fourth season on The ABC Television Network, The Great American Baking Show: Holiday Edition, based on the hit U.K. series The Great British Bake Off, returns THURSDAY, DEC. 6 (9:00 – 11:00 p.m. EST). Showcasing bakers from around the country each week, the series puts their best recipes forward as they compete in holiday-themed challenges and eliminations, all hoping to be named America’s Best Amateur Baker.

Joining as host this season, Spice Girl and television personality Emma Bunton, alongside returning host Anthony “Spice” Adams, will present bakers with weekly challenges as they turn up the heat in the kitchen creating sweet and savory holiday fare.

Joining the judges panel this season is three-time James Beard Award-winning pastry chef Sherry Yard. Each week, Yard and baker and best-selling cookbook author Paul Hollywood (The Great British Bake Off) will taste decadent and delicious treats while sharing advice and commentary in regards to the bakers’ techniques and skills.