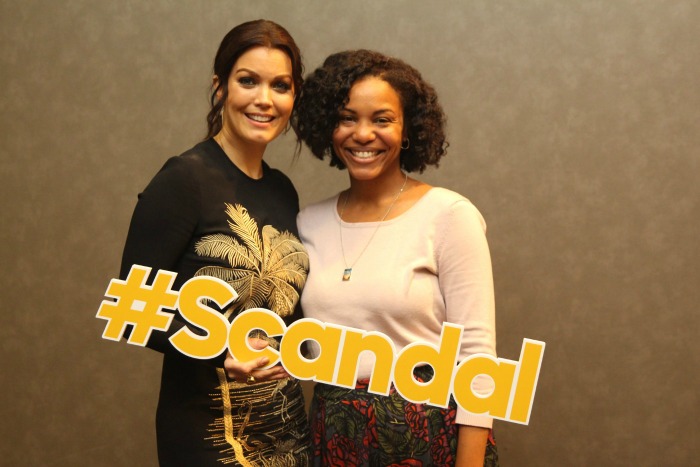 I remember when Scandal first came on the air. In those days, I was on Twitter all the time live-tweeting shows with my fellow tv heads. We had so much fun with the drama of the series, and couldn’t wait to go on that emotional ride every week. You can imagine how pumped I was to have the opportunity to interview the star of the show, Bellamy Young.

Mellie Grant, then the President’s wife, was one of my favorite characters from the very beginning. Bellamy Young, the gorgeous actress who plays (now) President Mellie Grant on Scandal is nothing like her character. From the moment she walked into the room for our interview, the energy that she gave off was light and playful. In short, she is a delight!

Bellamy is featured in the new A Wrinkle In Time movie, and shared a bit about how she scored that role, her attraction to the film, and more! Check out some of my favorite highlights from the conversation. 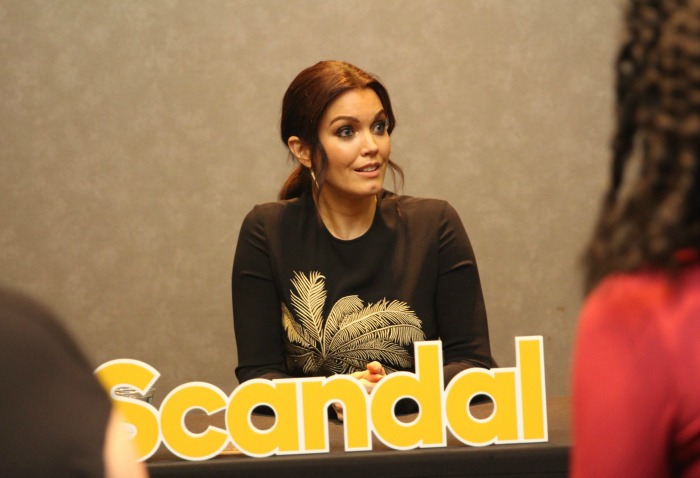 How she came to be in A Wrinkle In Time

Bellamy Young: Ava had directed a second season (of Scandal).  She called and she just said, “Would you like to do two days on this movie? First of all, if she called and said, “You want to do two days in my garden?”  I’d be like, “Yes, I do, please, I’m bad at planting but I really want to be there.”

What she thinks is special about the book

Bellamy Young: The book meant everything to me when I was a kid.  Even the tiny little bit, just to be a part of something that might get other kids to read the book, or get excited about it, anything that engenders interest in that.

What she wants people to take from the movie

Bellamy Young: Perfectionism can be a plague. We all — especially as women —  but I — particularly, women who have kids, it just gets so big, right?  You have your dreams, and you have to compromise sometimes, and just do triage.  But then your kids have their dreams, and how do you get all of that to happen, and how does it happen in the best way, and are they in the right schools, and am I doing the right thing for them?  That perfectionism all comes from a place of fear, right, or self doubt, or inadequacy.

I loved in the book that she always made a point of saying “alike is not equal” because alike brings everyone down. Individuality and equality is what we aim for, right?   So, I hope what people take away is that being yourself is your greatest gift. Your greatest superpower is your individuality and being brave enough to explore that can instantly break you free. It will literally free you. 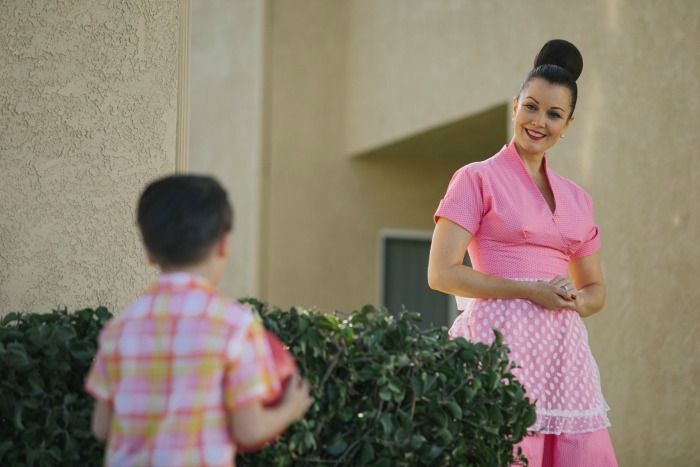 What she has learned from Mellie Grant

Bellamy Young: She’s so flawed.  But she has such big dreams, and she’s doggedly loyal, and will fall on her face, but she will stand up and walk forward, like the Terminator, do you know?  Like, all of that skin just like, hanging off her face?  I marvel at her.  It’s been a great, great gift.  Not just the fact of having a job, but the fact of getting to be her.

How she feels about being a part of the Scandal cast

Bellamy Young: It’s just been really extraordinary.  It really, really has.  And my therapist says this cast has reparented me.  And it’s true.  It’s unconditional love.

Scandal / How to Get Away With Murder Crossover Event 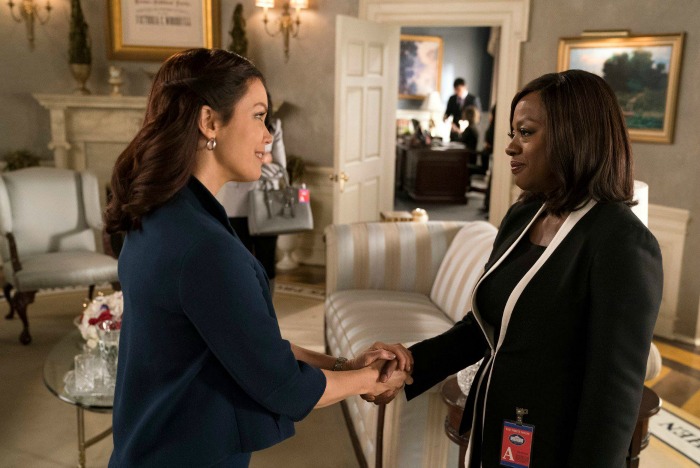 Our beloved Scandal will be ending soon forever, but they are going out with a bang. There’s a big #TGIT Crossover event tonight, March 1, at 9 PM EST on ABC that includes the 2-hour #HowToGetAwayWithScandal extravaganza! From the studio:

In the midst of moving on from the White House, Olivia gets an unexpected visitor in criminal defense attorney Annalise Keating, who seeks her help in fast-tracking a judicial reform class action to the United States Supreme Court. However, after Olivia’s recent fall from political grace, it’s going to be more challenging than ever to get the support they need, on a special, TGIT Crossover Event episode of “Scandal,” airing THURSDAY, MARCH 1 (9:00–10:00 p.m. EST), on The ABC Television Network, streaming and on demand. Viola Davis and Aja Naomi King guest star.

Make sure to tune in TONIGHT at 9 PM EST!