Have you ever seen an animated film where you forgot that the characters were drawn, rather than human? Within minutes of watching Coco, the magical film about a young musician who travels to the land of the dead to meet with his ancestors, that’s exactly what I did. The story and the characters were so rich and full that I was quickly caught up in the world of Miguel and his family.

After meeting Anthony Gonzales, the voice of Miguel, it makes sense. Anthony shares the same cultural heritage as the character he plays. Not only that, but he is also a musician who understands the importance of family. Humble and incredibly charming, Anthony Gonzales brings life to the character of Miguel.

I had the chance to interview Anthony Gonzales on Los Angeles’ Olvera Street a few weeks ago. Read more to find out how he relates to the character he plays, and what he hopes other kids will take from the movie. 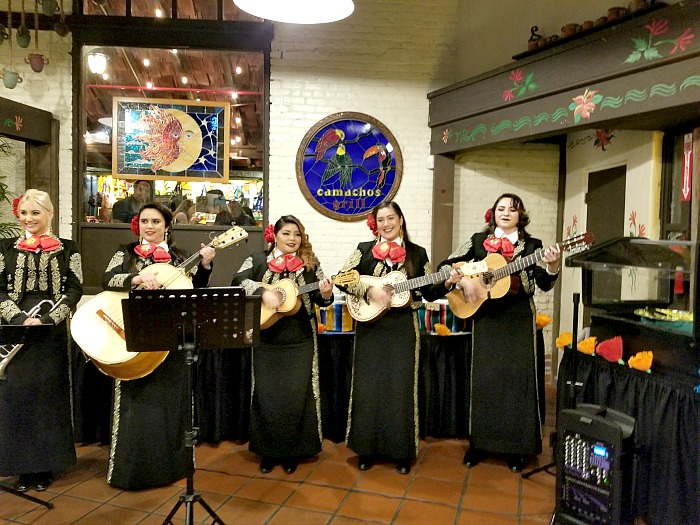 An interview with Anthony Gonzales, the young star of Coco

Question: Going into this project, did you understand the impact this film would have on your culture?

Anthony Gonzales: Yes I did. This movie is about celebrating this wonderful tradition that Mexicans celebrate.  It’s a wonderful celebration, a lot of colors, a lot of food. It’s a happy celebration.  I did know it was going to make a wonderful impact, but I didn’t know it was going to make that big of an impact. To see that a lot of people really took the message and learned a lot about this wonderful tradition, I thought was amazing. I’m still shocked and speechless.

Question: What do you hope other kids take from this film?

Anthony Gonzales: I hope that they take really the that the Day of the Dead is not like Halloween, it’s a time for a celebration. It’s a wonderful celebration that anyone can celebrate, not just Mexicans. Anyone can celebrate it. It’s a day where you can connect and really remember your family members that passed away.

Question: How do you identify with the character of Miguel?

Anthony Gonzales: When I first went to audition for Miguel, I really wanted to do this role because I identified myself so much with him. We both have this passion for music. I grew up with music, singing with my brothers here in La Placita Olvera. Just to be part of a movie where I can sing because I’ve been doing that since I was four years old, is amazing.

Question: What are some other ways that you would compare yourself to Miguel?

Anthony Gonzales: We are both very determined and like if we really love something, we’re going to chase our dreams. Miguel loves singing and that’s what he wants to do, and not even his family can stop him. That’s one thing I learned from Miguel, like really be determined, do what you love. That’s actually one thing we have in common, because I started singing because I really love it.

Thankfully my parents actually supported me. Unfortunately Miguel’s family didn’t support him. Even though he struggled with that, he was very persevering. That’s one of the things I love the most about Miguel. I hope other people take that also. No matter who tells you “oh you can’t do this, you can’t do this”, if that’s what you want to do, if that’s what you love, then do it.

Question: What do you hope other kids take from this film?

Anthony Gonzales: I hope that they take really the that the Day of the Dead is not like Halloween, it’s a time for a celebration. It’s a wonderful celebration that anyone can celebrate, not just Mexicans. Anyone can celebrate it. It’s a day where you can connect and really remember your family members that passed away.

Get Coco on Blu-ray & Digital

Pick up Disney PIXAR’s Coco and receive tons of extras!

On Blu-ray & Digital, you’ll get over a dozen bonus features including deleted scenes, filmmaker commentary, an in depth look at the music of Coco, and more! Available on Digital  on February 13 and everywhere (Blu-ray & DVD) on February 27.