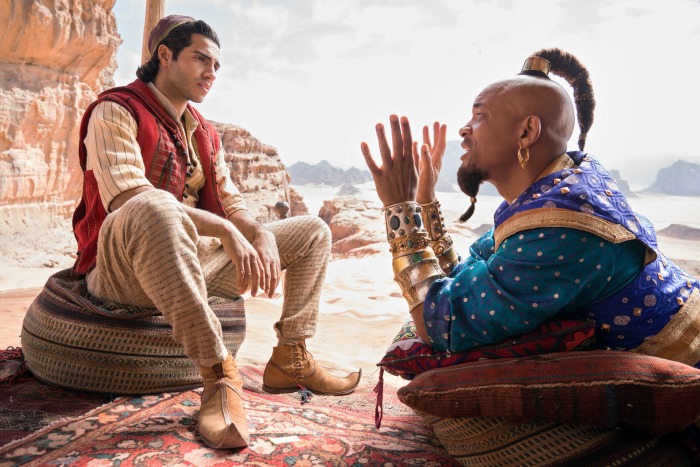 Disney has been killing it with the live action remakes over the last few years, and it looks like Aladdin is going to be one of their most successful adaptations, yet! Besides the obvious star power in its cast, the film is absolutely beautiful! With every new trailer that drops, I’m absolutely riveted!

So, what do we know about Aladdin so far? Let’s dive in!

I don’t want to assume that everyone knows what Aladdin is about, so here’s a brief synopsis from the studio:

Disney’s Aladdin is the thrilling and vibrant live-action adaptation of Disney’s animated classic. Aladdin is the exciting tale of the charming street rat Aladdin, the courageous and self-determined Princess Jasmine and the Genie who may be the key to their future. Directed by Guy Ritchie, who brings his singular flair for fast-paced, visceral action to the fictitious port city of Agrabah, the film is written by John August and Ritchie based on Disney’s Aladdin.

The casting of this film is just perfection. While there was some controversy around Will Smith playing Genie, I have no doubt that he’ll charm all of the naysayers when the film opens on May 24th. 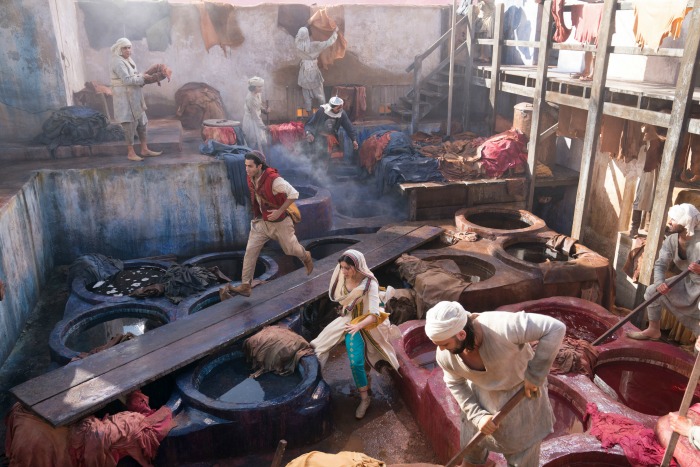 Although it looks like the film is shot completely on location, you might be surprised to discover that it was filmed both in the gorgeous desert vistas of Jordan, and on practical stages in London. Talk about movie magic! Or, I guess, in this case it would be, Disney magic!

Now you know that there is no way they could have released Aladdin without including the film’s signature songs including, “Friend Like Me” and “A Whole New World.” In fact, Disney brought Alan Menken, the composer responsible for the first film’s score, back! In addition to the score, Menken has written two new songs along with songwriters Benj Pasek and Justin Pau, and we’ll hear new recordings of the original songs.

This is a little bit of an insider’s secret. I met the cultural consultant for the film last year, and was impressed with how Disney was being proactive in making sure their representation of the Middle East was accurate. The consultant was able to provide guidance on everything from wardrobe to even Aladdin products that will be available at stores!

Not only that, but it took nearly 6 months across 15 countries to cast the film. The director, Guy Ritchie, was determined to find the right actors who would be portraying Arab people.

It’s always a challenge for me to see films like this because I’m sensitive to lack of culture and diversity, but I’m thrilled that the team from Aladdin did the work to make a film that’s culturally representative as possible.

Want to see more trailers and get even more insider info on Aladdin? Head over to 4hats and Frugal’s Aladdin guide for lots more details! 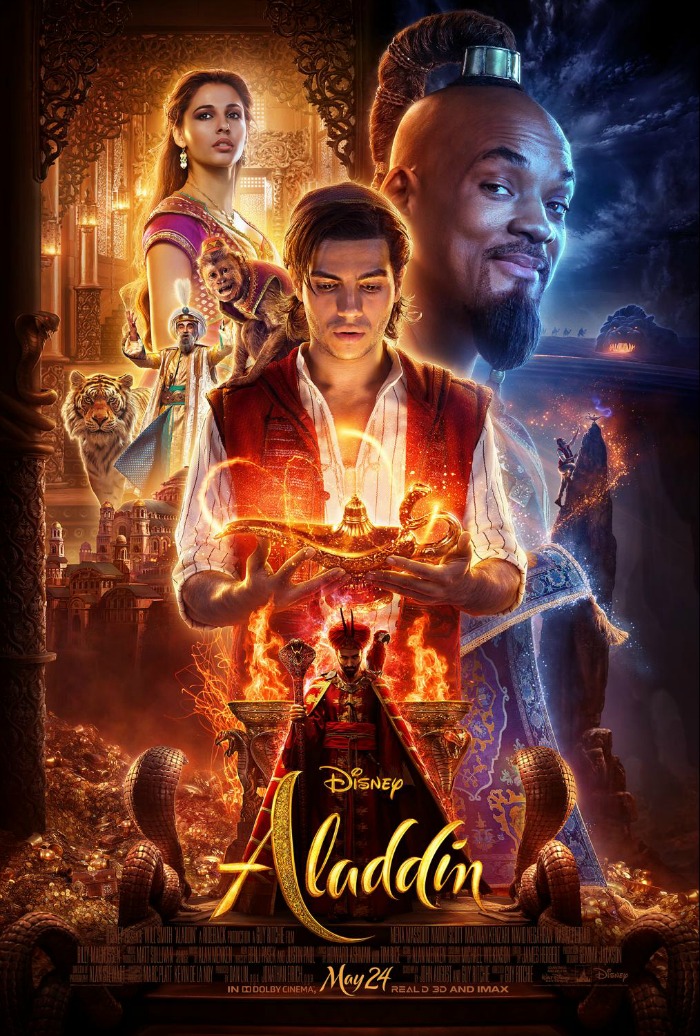