You are here: Home / Family / A Kitchen Should Smell Good
0 shares

Learn how I eliminate stinky smells in the kitchen with Zep as part of a sponsored post for Socialstars. #ZepSocialstars

I’ve always been super sensitive to smells. It’s the main reason I don’t like ketchup or pickles. The smell of the vinegar is so overpowering that I can’t even bear to eat them. After I had Ayva, it seems like my scentsitivity (ha!) became even more pronounced, and now it’s not unusual to see me doing something like crawling around, nose on the carpet trying to figure out “What’s that smell???” Trash is my #1 enemy, and I take measures to ensure our trash doesn’t stink. I rinse out empty containers, and put food trash down the disposal rather than in the trashcan, but still, sometimes, the trash still stinks. Thankfully I’ve found a solution in Zep Commercial Garbage Odor Eliminator because a kitchen should smell good.

We live in a small apartment, so we don’t have the luxury of having a funky garbage can. One moment in lapsed judgement (i.e. “Let me just throw this leftover broccoli in the trash…”) can lead to a pretty devastating living situation for the next 3 – 5 days. I’m not willing to take that risk, especially when Zep Commercial Garbage Odor Eliminator is available at Home Depot for only $4.97. If I can’t sacrifice a few bucks to save my home from smelling like the alley behind a salad restaurant on a hot summer day*, what kind of mother am I?

The Garbage Odor Eliminator is simple to use. Just sprinkle a little in your trash can every day, and not only will it automatically take control of any funky smells, but it also absorbs spills. That means, stinky old broccoli has no dog in the fight, and your kitchen will smell like Citronella & Cherry Scent rather than yucky funk. 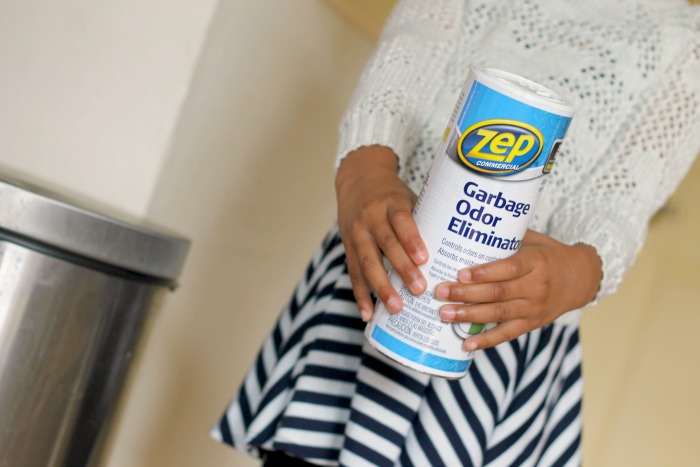 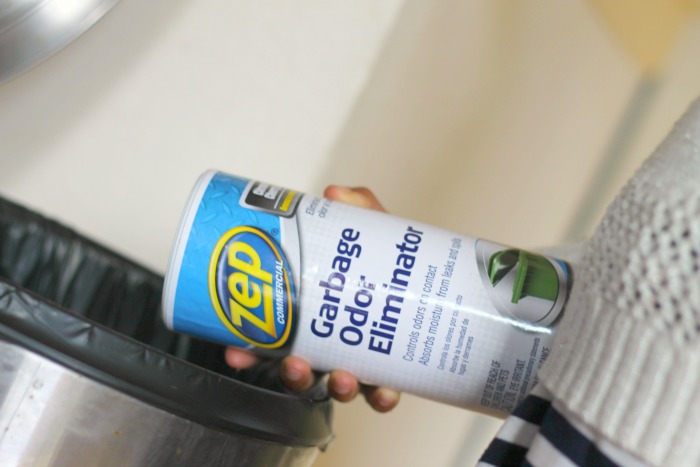 *Might not sound bad, but HONEY, hot salad is FUNKY.