You are here: Home / moms / motherhood / A Few Thoughts On Motherhood
0 shares 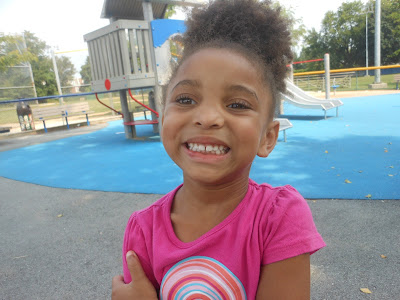 I can’t recall exactly the moment that I got excited about becoming a mother. My first feeling, which I imagine was not unlike the first emotion most single women who hadn’t planned to get pregnant feel, was surprise. The next emotion was fear. Excitement…that came a little while later. The beginning stages of my pregnancy was physically quite difficult, so my happiness level was already pretty low. Couple that with, “Oh my gosh, how am I going to do this?”, and then, “Oh my gosh, how am I going to do this on my own?”, and, yeah, there weren’t too many happy feelings going on there.
There was a moment, though, around the third month, when something shifted in my psyche. It might have been the little flutters that I was starting to feel in my womb, maybe it was because I had turned 30 and everything was making more sense, but instead of being worried about me, I started worrying about her. Well, at the time, I didn’t know it was a her, I just knew that there was someone inside of me, depending on me for their life. That’s when I got it, that’s when I knew, becoming a mother wasn’t going to be all about excitement and me feeling good. Being a mother, well, that feeling is hard to describe.
There are times when I am completely in love with my child, and moments when I’m frustrated beyond belief. I’m strong enough to move mountains if it would make life easier for Ayva, but at the same time,  her smile and laugh make me weak. It’s bittersweet, this parenting thing, and every day offers a mixture of ups and downs that makes this work…tiring. And fulfilling. And tiring.
It’s a great job to have, though, I’ll tell you. Better than anything I’ve ever known.
Previous Post: « The Faith Lesson That’s Sustaining Me
Next Post: Saturday Sights: Farmer’s Market »