You are here: Home / Uncategorized / ‘I’m living my dream every day I walk through the door’: Exclusive Interview with Ava DuVernay
1 shares 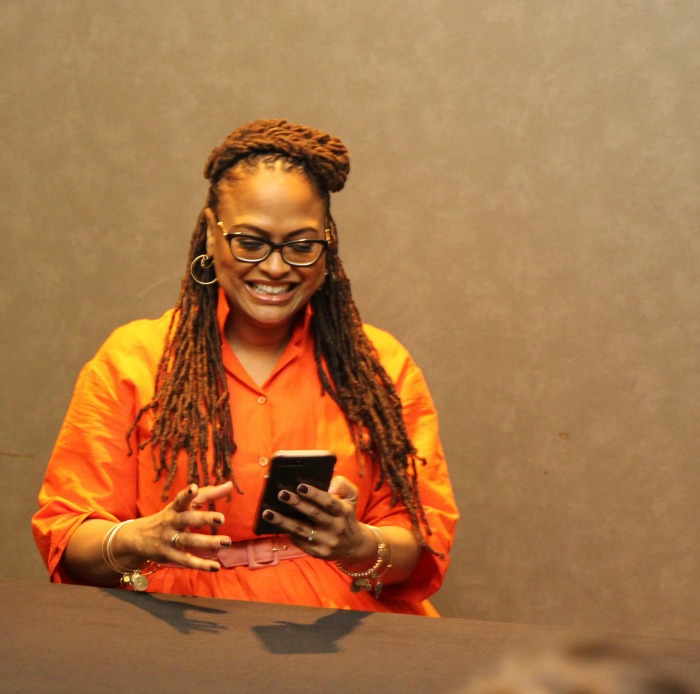 You can tell a lot about a leader by the way people talk about them when they’re not in the room. Every actor I interviewed from the Disney movie A Wrinkle In Time had nothing but positive things to say about Ava DuVernay, the brilliant director of the film. In fact, positive isn’t really the right word. Glowing. Reverent. In deep awe.

Bellamy Young said of Ms. DuVernay, ” You are more because she is all that she is. Her truth is irreducible.”

After just a few minutes of conversation with Ava DuVernay, I totally got it. Thoughtful and introspective, it was clear to see why she was the perfect choice to bring the beloved book to the big screen. I left the interview feeling motivated and inspired to do more, to tell more stories, and to be a light in the darkness.

Here are my favorite highlights from the inspiring conversation with Ava DuVernay. 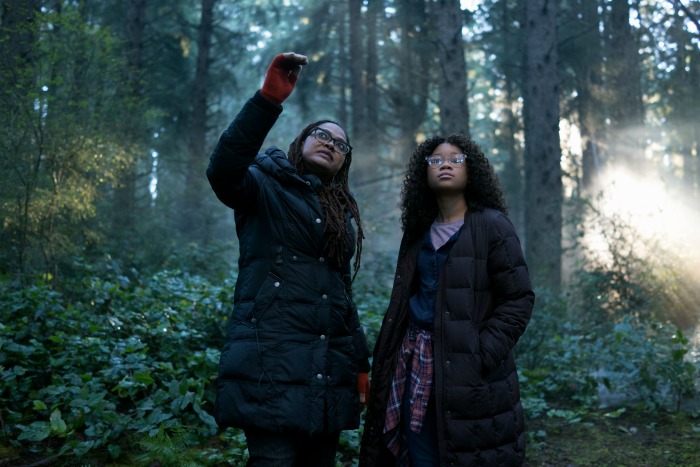 I just really wanted to make a film for kids right now. I don’t have children. I don’t have children by choice. I always said that my film are my children. You know, I put my blood into them. It’s really what has my name on it. It’s what I’ll leave behind in the world. To be able to make something specifically for kids today, something that I hope endures for kids for a long time to come was very emotional to me.

It was important that we approached the story in a way that we were always thinking of young people. Also with the young people that we had on set making sure that they felt safe, included and that their voices were being heard.  I was really listening to them a lot about what’s cool, what do the kids wanna see, you know. What they said surprised me.

They liked not to be talked down to.  Some of the people at the studio thought that there should be more jokes. Kids like to laugh. Yes, kids like to laugh but kids also like to think. They like to feel and so. The first 30 minutes of the movie it’s just about Meg. There’s no magic. For 30 minutes we make you sit down and sync into the heart of a young girl and she’s trying to figure out things, struggling at school, struggling with the bullies, struggling with an absentee father, all those things.

I related to Meg very much.

Megg’s a little girl from the inner city. We’ve moved the book to be in the inner-city, from the book to the movie. A little girl from the inner-city who wears glasses, who doesn’t know how fantastic she is and I related to that. I remember being that. I remember dreaming about all the things I wanted to be and not knowing if I could be them. Not seeing anything in my world beyond my mom who loved me and my family who loved me to tell me you can do it and nothing else said you can do it.

Movies have the power to do things politics can’t even do.

Ava DuVernay:  I really want (this movie) to be a seed that blossoms into something beautiful in young people about the way that we treat each other and the way that we see ourselves and the way that we’re seen. I mean movies have the power to do that. You know, movies have the power to do things that politics doesn’t even do. It reminds me of the time when kids who had HIV would swim in a pool and they’d drain the pool ‘cause people didn’t even understand what that was and it wasn’t CDC reports or politicians that changed people’s minds about that.

It was images, stories. It was Philadelphia. It was Angels in America, you know, the play. It was stories of human beings going through it that made people think oh, okay I don’t have to be afraid of this and so stories are powerful and so I believe in this story. I believe in this story to be able to plant seeds with young people at this time.

There’s a lot of division and darkness in the world to be able to say you could be a light and that if your individual light shines, you know, Oprah always says it’s easier to for one light to illuminate a dark room. So if we were the darkness in this room and someone just turned on one candle there would be light in the air. But it’s really hard for light to drown out– darkness to drown out light.

You can’t pass people by.

Ava DuVernay:  I used to be a crew member. I used to be a publicist and I would on to sets and I would be only one of the few women and one of the few black people and probably the only black woman so many times but regardless of who I was like so many directors just didn’t know their crew members’ names. I thought how disrespectful. These people were here before you got out of your trailer. They set up the trailer that you can go into. You know, this is someone’s father or mother who’s been here since five o’clock in the morning. Everyone’s working hard. How do you walk passed people and not know their name? And yet that’s the culture of our industry.

It’s the culture of a lot of industries in this country. My father recently departed, and he laid carpet and flooring in people’s home. He would come and he’s the kind of guy that you would pass by, just pass him by. My aunt, Denise, who passed away some years ago was a nurse at night. She would take the bus. She was the kind of person you would just pass by and no one knows how extraordinary they were. They were great people. You can’t pass people by. Sorry.

I’m living my dream every day when I walk out of the door.

Ava DuVernay: I want my movies to be meaningful. I don’t want them to be junk food where you come in, you see the movie and you walk out and you forget about it by the time you get to the car. I want the images to stick to your ribs like soul food. I want you to think about the stories or  get something from the narratives or the way that the camera moves or the way that something looks.

The only way to do that is to put love in every frame. I think people think I sacrifice something because I don’t have a family and I work all the time but it’s not work to me. It’s like I’m living my dream every day when I walk out of the door.

My dream was this. Some people’s dreams is family and children. My dream was making movies to leave in the world and so I get to do that every day and I get to have family on set, you know. They know my name. I know their name. I walk up to the set and I get love from hundreds of people every day who are happy to be there and happy to do their work and so I hope some of the way the films I’m making leave a mark but also the way we mad them, you know, what I mean. 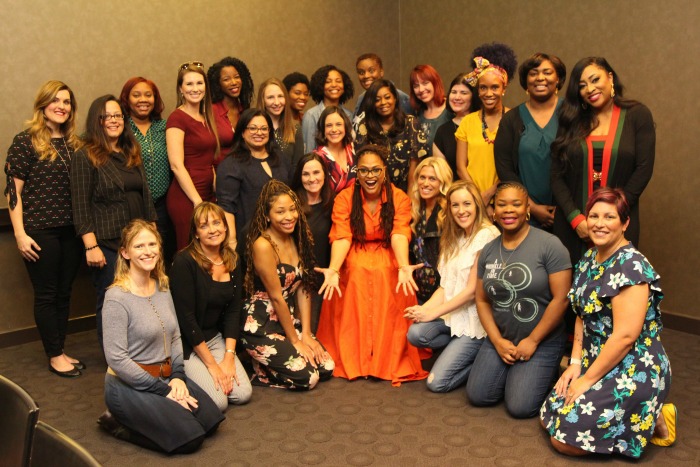 Previous Post: « ‘This is a game changing time in our industry’: Gugu Mbatha-Raw talks A Wrinkle In Time in this exclusive interview
Next Post: Do you believe in magic? You’ll want to watch the new show ‘Deception’! »